The Battle of Martinique 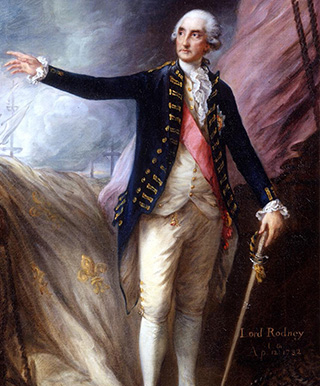 The Battle of Martinique, also known as the Combat de la Dominique, took place on 17 April 1780 during the American Revolutionary War in the West Indies between the British Royal Navy and the French Navy. 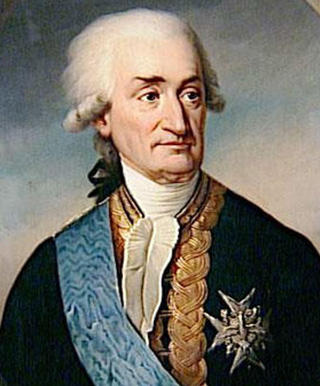 In January 1780, the Comte de Guichen was sent to the French base at Martinique in the West Indies with a large squadron. He was opposed by the British admiral Sir George Rodney, who reached the British base at St. Lucia in late March.

Guichen sailed from Martinique on 13 April 1780, with a fleet of 23 ships of the line and 3,000 troops. His objective was to draw Rodney out, and then withdraw and make an attack on either St. Lucia or the British base at Barbados. Rodney sailed out at once upon being informed that Guichen had sailed. On 16 April, his sentinels spotted Guichen on the leeward side of Martinique, beating against the wind. Rodney gave chase, but was unable to close in time for battle that day. Rodney maintained contact with Guichen and held his line throughout the night.

The fleets began manoeuvring for the advantage of the weather gage on the morning of 17 April. By 8:45, Rodney had reached a position to the windward of Guichen, in a relatively close formation. To escape the danger to his rear, Guichen ordered his line to wear and sail to the north, stringing out the line in the process. This forced Rodney to go through another series of manoeuvres to regain his position, which he did by late morning. At this point, he hoped to engage the rear and centre of Guichen's elongated line, concentrating his power to maximize damage there before Guichen's van could join the action. The signal that Rodney issued was for each ship to engage the appropriate ship it was paired with according to the disposition of the two fleets. He issued this signal with the understanding that his captains would execute it in the context of signals given earlier in the day that the enemy's rear was the target of the attack.

Unfortunately for the British, Robert Carkett (the commander of the lead ship HMS Stirling Castle) either misunderstood the signal or had forgotten the earlier one, and moved ahead to engage Guichen's van; he was followed by the rest of Rodney's fleet, and the two lines ended up engaging ship to ship.

Thanks to the orderly fashion in which De Guichen's subordinate squadron-commanders dealt with the crisis, especially the third-in-command Comte de Grasse's rapid closing-up of the battle-line, Guichen managed to extricate himself from a difficult situation and instead turn a narrow defeat to a drawn battle, although his and Marquis de Bouillé's objective to attack and seize Jamaica was thwarted.

During the battle, both Rodney's Sandwich and Guichen's Couronne were temporarily cut off from their respective fleets and bore the brunt of the battle.

Rodney felt that the failure to properly attack the French rear cost the British an opportunity for a significant victory, and assessed blame to Carkett and others who did not properly follow his signals. Others assigned the blame to Rodney, for failing to inform his captains in advance of his intended tactics.

David Hannay, the author of the biography on the Comte de Guichen in the 11th edition of the Encyclopædia Britannica, stated that Guichen had shown himself very skillful in handling a fleet throughout the campaign, and although there was no marked success, he had at least prevented the British admiral from doing any harm to the French islands in the Antilles.

Both fleets avoided further action prior to the hurricane season. Guichen returned to France with many of his damaged ships in August, and Rodney sailed for New York.